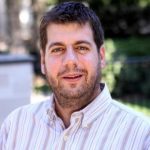 Abstract: Nowadays images are typically accompanied by additional information (e.g. the clinical history of the patient).  At the same time, for example, magnetic resonance imaging exams typically contain more than one image modality: they show the same anatomy under different acquisition strategies revealing various pathophysiological information.   The detection of disease, segmentation of anatomy and other classical analysis tasks, can benefit from a multimodal view to analysis that leverages shared information across the sources yet preserves unique (critical for diagnosis) information. It is without surprise that radiologists analyse data in this fashion, reviewing the exam as a whole. Yet, when aiming to automate analysis tasks, we still treat different image modalities in isolation and tend to ignore additional (non-image) information.  In this talk, I will present recent work in learning with deep neural networks, latent embeddings suitable for multimodal processing, and highlight opportunities and challenges in this area.

Biography: Prof. Sotirios A. Tsaftaris, obtained his PhD and MSc degrees in Electrical Engineering and Computer Science (EECS) from Northwestern University, USA in 2006 and 2003 respectively. He obtained his Diploma in Electrical and Computer Engineering from the Aristotle University of Thessaloniki, Greece. Currently, he is a Chancellor’s Fellow (Senior Lecturer, US equivalent Associate Professor) in the School of Engineering at the University of Edinburgh (UK). He is also a Turing Fellow with the Alan Turing Institute.
From 2006 to 2011, he was a research assistant professor with the Departments of EECS and Radiology, Northwestern University (USA).  From 2011-2015, he was with IMT Institute for Advanced Studies, Lucca (Italy) serving as Director of the Pattern Recognition and Image Analysis Unit.
He is an Associate Editor for the IEEE Journal of Biomedical and Health Informatics and for Digital Signal Processing – Journal (Elsevier). He was Doctoral Symposium Chair for IEEE ICIP 2018 (Athens). He has served as area chair for IEEE ICME 2018 (San Diego), ICCV 2017 (Venice), MMSP 2016 (Montreal), and VCIP 2015  (Singapore). He has also co-organized workshops for ICCV (2017), ECCV (2014), BMVC (2015), and MICCAI (2016, 2017). He has also served as guest editor (IEEE Transactions on Medical Imaging; Digital Signal Processing – Software X; Machine Vision and Applications).
He has the received best paper award (STACOM 2017), twice the Magna Cum Laude Award (International Society for Magnetic Resonance in Medicine, ISMRM, in 2012 and 2014), and was a finalist for the Early Career Award (Society for Cardiovascular Magnetic Resonance, SCMR, in 2011).
He has authored more than 100 journal and conference papers particularly in interdisciplinary ﬁelds and his work is (or has been) supported by the National Institutes of Health (USA), EPSRC & BBSRC (UK), the European Union, the Italian Government, and several non-profits and industrial partners.
His research interests are in machine learning, image analysis (medical image computing), image processing, and distributed computing.
Prof. Tsaftaris is a Murphy, Onassis, and Marie Curie Fellow. He is also member of IEEE, ISMRM, SCMR, and IAPR. 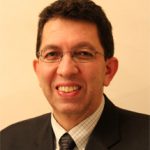 Abstract: During the last few years, there have has been remarkable progress in utilizing machine learning methods in several applications that benefit from deriving useful patterns among large volumes of data. These advances have attracted significant attention from industry due to the prospective of reducing the cost of predicting future events and making intelligent decisions based on data from past experiences. In this context, a key area that can benefit greatly from the use of machine learning is the task of detecting and diagnosing abnormal behavior in dynamical systems, especially in safety-critical, large-scale applications. The goal of this presentation is to provide insight into the problem of detecting, isolating and self-correcting abnormal or faulty behavior in large-scale dynamical systems, to present some design methodologies based on machine learning and to show some illustrative examples. The ultimate goal is to develop the foundation of the concept of machine diagnostics, which would empower smart software algorithms to continuously monitor the health of dynamical systems during the lifetime of their operation.

Biography: Marios Polycarpou is a Professor of Electrical and Computer Engineering and the Director of the KIOS Research and Innovation Center of Excellence at the University of Cyprus. He received the B.A degree in Computer Science and the B.Sc. in Electrical Engineering, both from Rice University, USA in 1987, and the M.S. and Ph.D. degrees in Electrical Engineering from the University of Southern California, in 1989 and 1992 respectively. His teaching and research interests are in intelligent systems and networks, adaptive and cooperative control systems, computational intelligence, fault diagnosis and distributed agents. Dr. Polycarpou has published more than 300 articles in refereed journals, edited books and refereed conference proceedings, and co-authored 7 books. He is also the holder of 6 patents.
Prof. Polycarpou is a Fellow of IEEE and IFAC. He is the recipient of the 2016 IEEE Neural Networks Pioneer Award. He received with his co-authors the 2014 Best Paper Award for the journal Building and Environment (Elsevier). Prof. Polycarpou served as the President of the IEEE Computational Intelligence Society (2012-2013), and as the Editor-in-Chief of the IEEE Transactions on Neural Networks and Learning Systems (2004-2010). He is currently the President of the European Control Association (EUCA). Prof. Polycarpou has participated in more than 60 research projects/grants, funded by several agencies and industry in Europe and the United States, including the prestigious European Research Council (ERC) Advanced Grant. 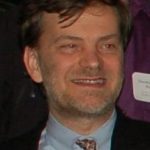 Abstract: Everyday subjective experience of the stream of consciousness suggests continuous cognitive processing in time and smooth underlying brain dynamics. Brain monitoring techniques with markedly improved spatio-temporal resolution, however, show that relatively smooth periods in brain dynamics are frequently interrupted by sudden changes and intermittent discontinuities, evidencing singularities. There are frequent transitions between periods of large-scale synchronization and intermittent desynchronization at alpha-theta rates. These observations support the hypothesis about the cinematic model of cognitive processing, according to which higher cognition can be viewed as multiple movies superimposed in time and space. The metastable spatial patterns of field potentials manifest the frames, and the rapid transitions provide the shutter from each pattern to the next. Recent experimental evidence indicates that the observed discontinuities are not merely important aspects of cognition; they are key attributes of intelligent behavior representing the cognitive “Aha” moment of sudden insight and deep understanding in humans and animals. The discontinuities can be characterized as phase transitions in graphs and networks. We introduce computational models to implement these insights in a new generation of devices with robust artificial intelligence, including oscillatory neuromorphic memories, and self-developing autonomous robots.
Kozma, R, W.J. Freeman (2016) “Cognitive Phase Transitions in the Cerebral Cortex – Enhancing the Neuron Doctrine by Modeling Neural Fields, with Commentaries,” Springer, Heidelberg.

Biography: Dr. Kozma holds a Ph.D. in Physics (Delft, The Netherlands, 1992), two M.Sc. degrees (Mathematics, Budapest, Hungary, 1988; Power Engineering, Moscow, Russia, 1982). He is Professor of Mathematical Sciences and Director of the Center of Large-Scale Integration and Optimization Networks (CLION), the University of Memphis, TN, USA. He is Visiting Professor at College of Information and Computer Sciences, University of Massachusetts Amherst, where he is Director of the Biologically-Inspired Neural and Dynamical Systems (BINDS) Lab, and leads the DARPA Program on Superior Artificial Intelligence.

Previous affiliations include joint appointment with the Division of Neurobiology and the EECS at UC Berkeley (1998-2000), and visiting positions at NASA/JPL, Sarnoff Co., Princeton, NJ; Lawrence Berkeley Laboratory (LBL); and AFRL WPAFB, Dayton, OH. He has been Associate Professor at Tohoku University, Sendai, Japan, Lecturer at Otago University, Dunedin, New Zealand, and Research Fellow at the Hungarian Academy of Sciences, Budapest, Hungary. His research is focused on computational neurodynamics, large-scale brain networks, and applying biologically motivated and cognitive principles for the development of intelligent systems. Dr. Kozma has published 8 books, 350+ papers, and 2 patents. His most recent book has been co-authored by Walter J. Freeman III on “Cognitive Phase Transitions in the Cerebral Cortex – Enhancing the Neuron Doctrine by Modeling Neural Fields,” Springer, Germany (2016). Dr. Kozma’s research has been supported by NSF, NASA, JPL, AFRL, AFOSR, DARPA, FedEx, and by other agencies.

Title: On The Deep Learning R/Evolution in Computer Vision

Abstract: Computer Vision (CV) is an interdisciplinary field of Artificial Intelligence (AI), which is concerned with the embedding of human visual capabilities in a computerized system. The main thrust, essentially, of CV is to generate an “intelligent” high-level description of the world for a given scene (i.e., a digital image or a video sequence), such that when interfaced with other thought processes can elicit, ultimately, appropriate action. In this talk we will review several central CV tasks (e.g., object localization, object detection, and object classification/recognition) and traditional approaches taken for handling these tasks for over 50 years. Noting the limited performance of standard methods applied, we briefly survey the evolution of artificial neural networks (ANN) during this extended period, and focus, specifically, on the ongoing revolutionary performance of deep learning (DL) techniques for the above CV tasks during the past few years. In particular, we provide also an overview of our DL activities, in the context of CV, at Bar-Ilan University. Finally, we discuss future research and development challenges in CV in light of further employment of prospective DL innovations.

Biography: Nathan S. Netanyahu is a Full Professor in the Department of Computer Science at Bar-Ilan University, Israel, and is also affiliated with the Gonda Brain Research Center at Bar-Ilan University and the Center for Automation Research/UMIACS at the University of Maryland, College Park. He has previously worked for the Israeli Ministry of Defense, the Space Data and Computing Division at NASA’s Goddard Space Flight Center (GSFC), and for the Center for Excellence in Space Data and Information Sciences (CESDIS) at NASA/GSFC. Professor Netanyahu’s current research interests are in the areas of computational intelligence, computational statistics, image processing, pattern recognition, and remote sensing. He has coauthored roughly 100 refereed papers that appeared in journals, international conference proceedings, and book chapters, has served as Associate Editor for Pattern Recognition, and is co-editor of the books, Computer and Games, 4th International Conference (by Springer Verlag, 2006) and Image Registration for Remote Sensing (by Cambridge University Press, 2011).